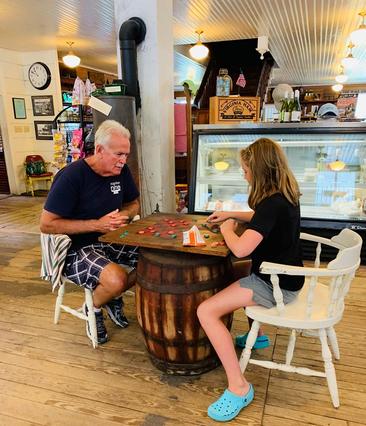 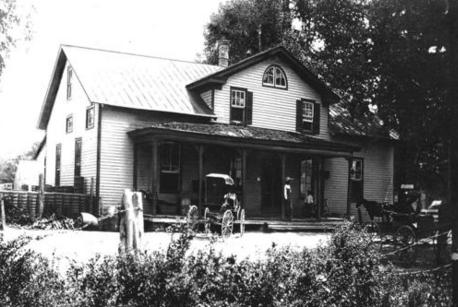 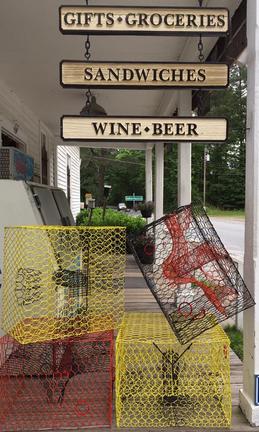 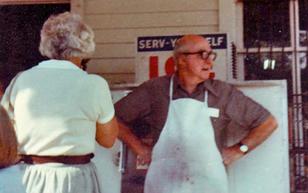 Nuttall’s Store serves as the social center of the Ware Neck community. It houses the post office, a grocery store, a kitchen which produces prepared foods to go as well as selection of hand cut meats, a deli, a wine shop, a gift and souvenir area, and a crabbing and fishing supply area.

​​​Founded as the Arthur Tabb Store in 1877, the business flourished for generations because of its profitable ties to the steamship lines that connected nearby Hockley Wharf with the Chesapeake Bay and various ports along the Eastern Seaboard. It became even more important as a hub of this predominantly rural farming community after brothers Richard P. and H.E. Taliaferro bought the store and added the post office during the mid-1880s. Their business was so successful that they added two flanking wings and a living quarters to the back of the original 2-story building in the 1890s. Even after the wharf was destroyed by the Great Hurricane of August 1933, later owners such as Rudy Nuttall, who the store is named after, maintained a strong neighborhood presence long after other country stores had gone out of business.

​The Ware Neck Store and Post Office,  which houses Nuttall Store, is a significant historical resource of Gloucester County, Virginia and was placed on the Virginia Landmarks Register and the National Register of Historic Places in 2009.  Its location at a key intersection of roads in Ware Neck and its close proximity to the old public Hockley Wharf on the Ware River has enabled the Ware Neck Store and Post Office to survive for the last 140 years even as the community and commerce transitioned from the waterways to the highways.